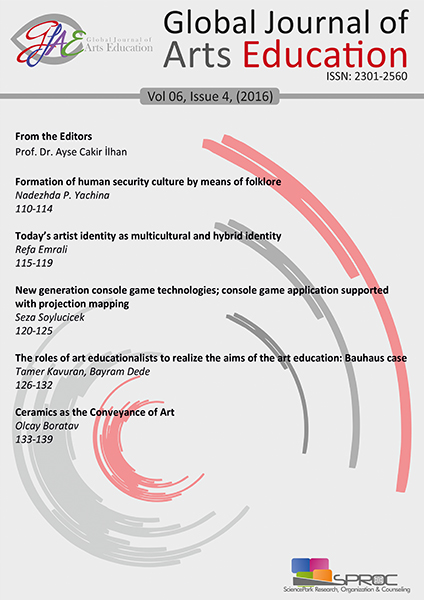 Abstract
Up to now the relationship between console games and gamers has been restricted by limitations in screen size. The gradual enlargement of these sizes has accommodated for a technological boom in the development of game software programs, some of which have been hugely successful and had broad repercussions across both the gaming and technological landscape. In 2010, Microsoft and their Kinect team released an advertisement using projection mapping technique, which gave users an exciting preview of the future of game technology and provided inspiration for aspiring young game developers. With the help of new techniques, developers had the chance to produce artistically unique projects by creating a variety of different game experiences. Additionally, the enhancement of digital games, their interactive features, and the enlargement of the screens enabled users to experience a completely new level of immersion in their games. Each new development within the industry allows for new avenues of exploration and provides the potential to further refine and enhance successful techniques. Two creative examples of application adaptations are Microsoftâ€™s Illumiroom and RoomAlive projects, which include a game experience which incorporates a large part of the userâ€™s physical environment using reflective techniques. The world of gaming entertainment and the technological advancements which propel it, are constantly improving the experience of its users, and this study, which starts out with aforesaid improvements, further examines the relationship between new generation interactive console games, aesthetic aspects of game interface designs, Microsoft Kinect and Projection Mapping. In light of these, this study discusses the future opportunities of console development, the current industry innovators, and the potential immersive qualities of digital games.