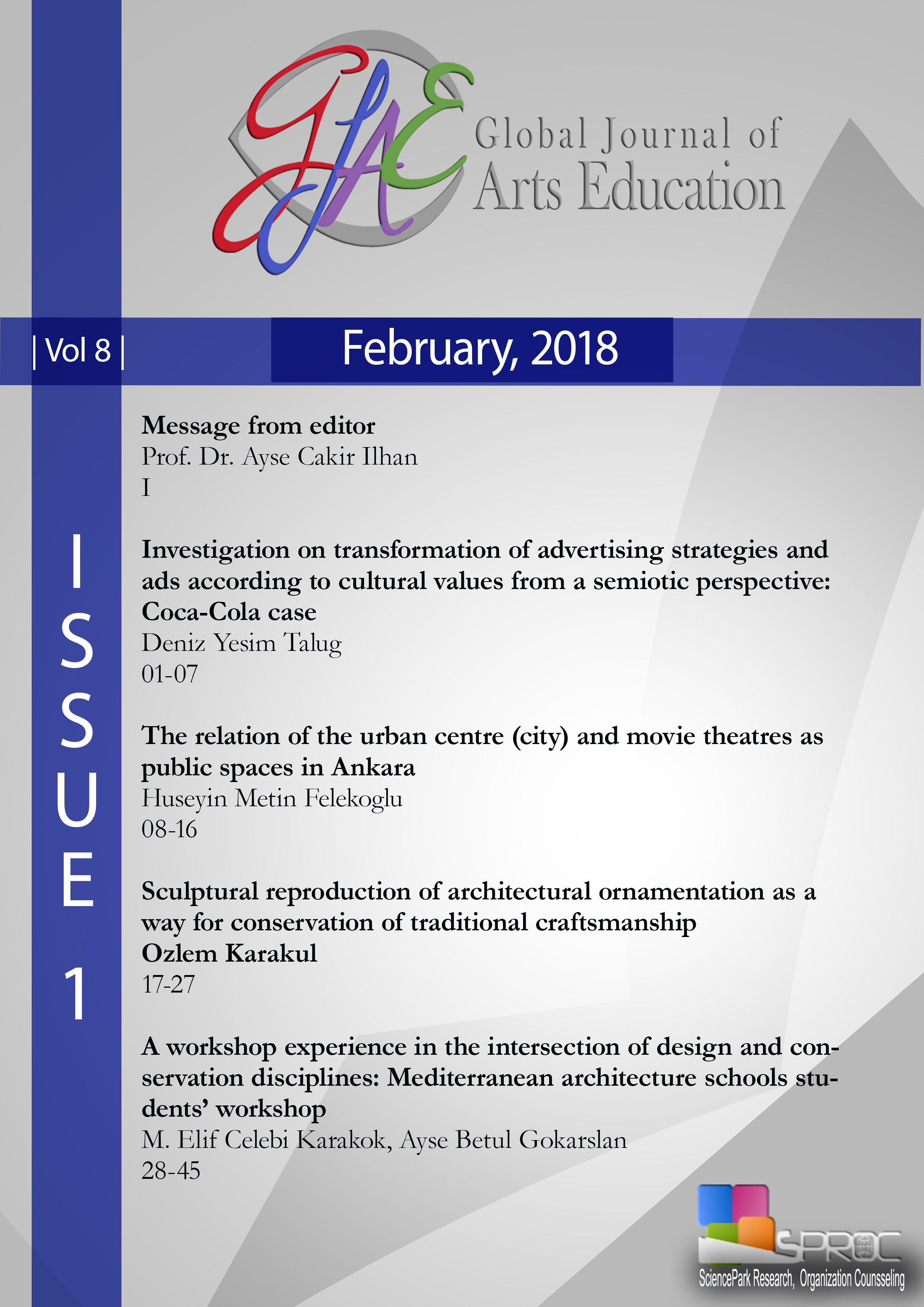 Centres, which are spaces of interaction in urban area where social, political and economic relations condensed, have importance with their publicity characteristic beyond being social. In the modernisation of cities, functional and structural elements supporting the publicity of space have been evaluated as a dimension of development. Especially throughout the twentieth century, movie and movie theatres became the important components of the urban centres with their publicity characteristic. The relation with the urban centre or structuralâ€“spatial properties of movie theatres are realised in the context of growth and development processes of urban. It is possible to read this synchronisation through the relationship between formation of urban centre and movie theatres in certain periods in Ankara, an Ottoman small town by beginning of the century, and then, had become the space of modernisation politics after 1923. Beyond the morphological, this positioning reflects the pressure of infrastructure factors that affect its formation.