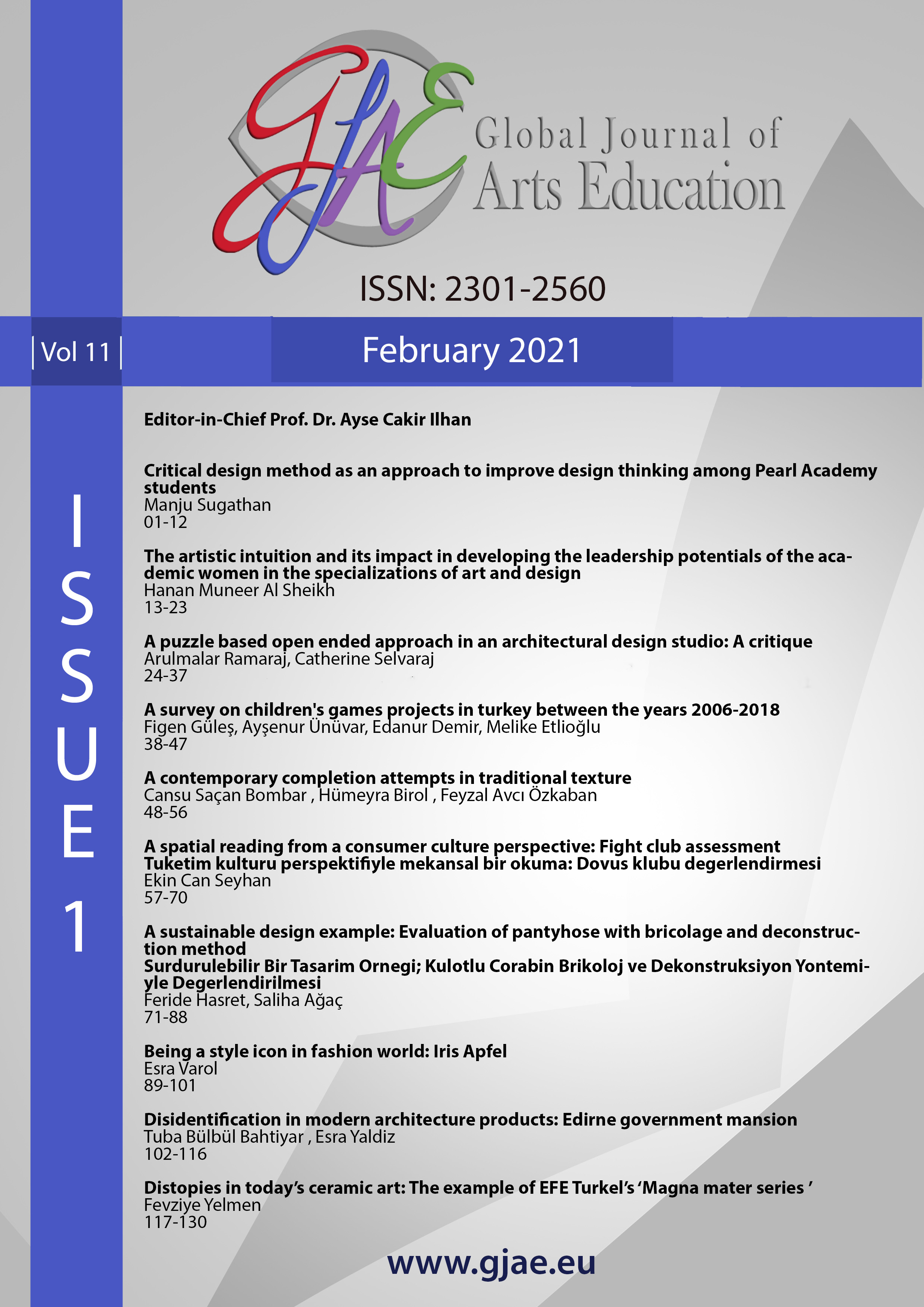 Wang (2010) posited that with respect to design pedagogy in general, there is a need for radical changes to occur in design studios. Focusing on architectural design education, studies reveal that subjective knowledge and irrational creativity are dominating in architectural design studios. This is observed to be one amongst the various other outcomes as teaching methodologies without a holistic knowledge are adopted (Salama, 2016). Critical, creative and pragmatic thinking are the primary criteria in architectural design studios (Ibrahim and Utaberta, 2011). Crowther (2013) reported that design studios must facilitate learning about design, learning to design and learning to become an architect. In addition to traditional one to one studio, introduction of different models with alternate instructors through single, double and collaborative critiques at the desk, outside of studio paves new directions to pedagogy (Gamble, Dagenhar & Jarrett, 2002). Amongst the various directives like transformative design pedagogy (Hadjiyanni, 2008; Fay and Kim, 2017); signature pedagogy (Schulman, 2005; Crowther, 2013); constructivist approach (Kurt, 2011); puzzle based learning (Akin, 2008; Vijayalxmi, 2009; Ramaraj and Nagammal, 2016) which revolve around architectural education, this paper investigates an â€˜open ended puzzle based approachâ€™ adopted in an architectural design studio.