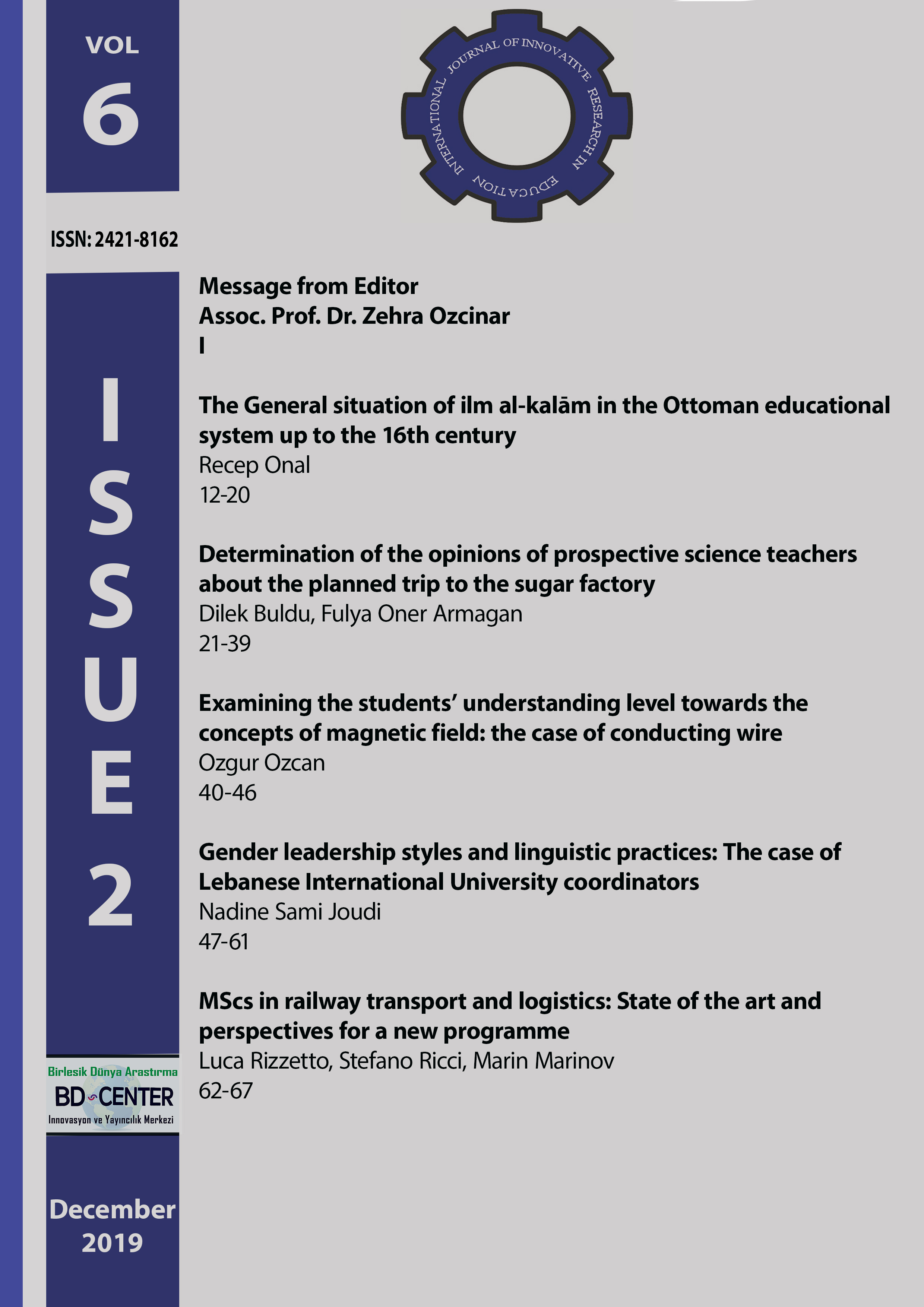 In this paper, the formation of the Caliphate, which emerged as a scientific discipline by Muâ€˜tazila in Hijri 2nd Century, the general situation and basic features of the Ottoman education system up to the 16th century and the works of KalÄm taught in madrasas are examined. This study is a descriptive and comparative study. This research will use the classical soruces of the history of Islam, the history of sects in islams and kalam. In spite of some unfavorable reactions which have been exhibited against Ilm al-KalÄm since the earliest period of the Ottoman period, Ilm al-KalÄm has been able to enter the curriculum of the Ottoman madrasas and become a knowledge discipline favored by the Ottoman sultans and their Ê¿ulamÄs. The most important contributor to this was the Ottoman sultans, who showed great interest in science, valued the freedom of thought and belief, and provided free thinking and working environment in the KalÄm and philosophical areas. In this respect, the Ottoman lands became a science and culture center and a great deal of scholars have been trained in scientific and religious areas up to the 16th century, and in these areas, they produced lots of precious works. Among these works, there are not only independent studies on akaid and KalÄm but also works belonging to other disciplines which study the fields of faith, worship and morality together. Ilm al-KalÄm came to the fore in the Ottoman education system with the help of these scholars who interested in Ilm al-KalÄm. Through the middle of the 16th century, the importance given to the education of KalÄm was decreased due to a number of reasons and KalÄm was replaced by fiqh. The Anti-KalÄm thought reached such a point that many books on KalÄm theology had been removed from the madrasah course curriculum and some scholars gave fatwas that say that learning KalÄm was forbidden. The findings state that the science of Kalam was considered important until 16th century after which it has   lost its importance in the educational system. This caused the loss the culture of criticism and the philosophical though has been ignored.