There is a debate as to whether internationalization should be a target or a means to achieve goals with broader perspectives. Digitalization, on the other hand, is a de facto trend that permeates all communicative, economic and social areas. For this purpose, the study aimed to examine literature on the field and the findings of the researchers on the issue were included. The research also discussed the internationalization and digitalization efforts carried out in the world and in Turkey. An internationalization model proposal for the Turkish higher education system is presented in outline, taking the best practices around the world into account. Model involves a digitalization-oriented education approach that aims to increase the opportunities for students to get support from their families and to minimize their socio-economic difficulties. The contributions of a massification provided by digitalization to international education have been revealed in this study. 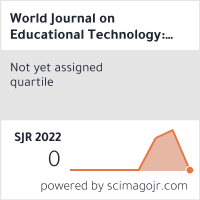